He sat there and went over the details of his argument with his manager. She was wrong, he was right. His first wife was wrong. His second wife, too. His last girlfriend didn't understand either. His neighbor had no common sense. His nephews needed to learn a few lessons in life. I needed to change a few things as well, he said. His son was perfect, but that's because he took after him. At this point in the conversation his demeanor changed. His faced softened into a melancholic stare. He dropped his head and sighed. I'm tired of making bad choices. I can't keep blaming everyone and everything. I don't want my son to grow up to be miserable too. I have to change!

I felt for my friend. He was tired of the way he acted. It was easier for him to turn to arrogance and be right all the time than to admit that it was him, not the world, he had a chance over. You don't have to change, I said. He didn't. He just needed to peel away at the layers of beliefs and a self-imposed false identity. He just needed to know himself.

Not knowing who he really was, he judged people and situations narrowly. He found conflict everywhere. He had set ideas about how events should be. He refused to see others as they were, expecting them to fill his ideas of how they should be and act. He was stuck in old beliefs and wanted to control everything. He projected on to others what he didn't want to admit of himself or that which he didn't understand. He tried to repeat experiences of the past–his and others.

So who is he? He is you. He is me. He is Spirit. He was created with a purpose and beautiful gifts and talents. He did not need to do anything, but simply be, to flow with life instead of fight against it. Self-awareness was the key that opened his outlook on life.

He has since exchanged many of his old habits for new ones. He practices what he calls "manly meditation" two times a day. And he listens with his whole being when we talk. He is softer, kinder and aware of who he is. He is also more successful and happy, quite happy. It wasn't our conversation that brought him to this point. It was his willingness that opened up the path for him. Once he was willing, the right information and the right people showed up to help him. There were signs everywhere. He paid attention and today he is who he always was–without all the struggle. 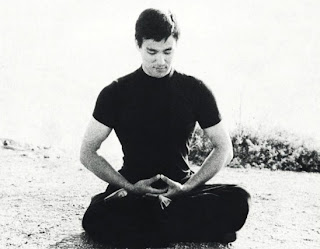 Email ThisBlogThis!Share to TwitterShare to FacebookShare to Pinterest
Labels: self-awareness, true self

soul*cery
The use of power gained from within to attain clarity, strength, balance, stability and peace-mentally, emotionally, spiritually and physically.

We are all on The Soulcerer's Path, our own path. In spite of our knowledge, we aim to be wise. In this blog we share gained wisdom and our thoughts to help transform our collective beliefs from limited, negative and misguided thoughts into positive, boundless and true awareness.